The Alaskan Lady is a 58-foot Combination fishing vessel that currently seines for Salmon, trawls for Cod and Pollock, and pot fishes for Crab and Cod.

Built in 1976, it is hull # 7 of about 80 built by Delta Marine of their 58’ by 19’ seiner. It packs 125,000 pounds below deck in 2 refrigerated seawater fish holds. The “Lady” can carry 5,000 gallons of diesel and 1,200 gallons of fresh water while cruising at 9 knots burning 9 gallons per hour and exceed 10 knots if we don’t mind burning some fuel to get there. It is powered by a 525 HP Cummins KTA 19 for propulsion, a 120 HP John Deere with a 65-kw generator on one end and a three stage hydraulic pump on the other. In addition, there is a 20KW Shibaura generator set for electric power when the large generator set is not in use.

The Lady was originally built for the owner of Delta and sold to Babe Neuman of King Cove Alaska. We purchased it in 2005 and completely refurbished the boat at Delta Marine in Seattle. Following some successful seasons, the main engine was rebuilt along with a new ZF gear in 2017.  During that time, we replaced both generators to maintain our commitment to an effective operation.

This style of Delta has proven to be one of the most successful 58 footers built in performance, safety and appearance and the Alaskan Lady is no exception. 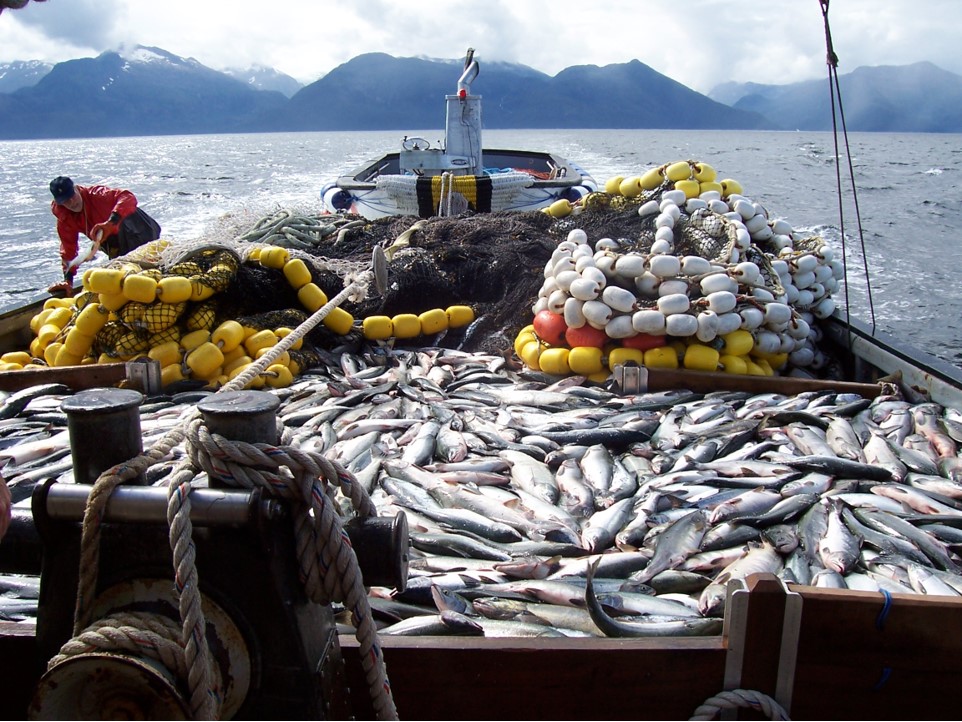 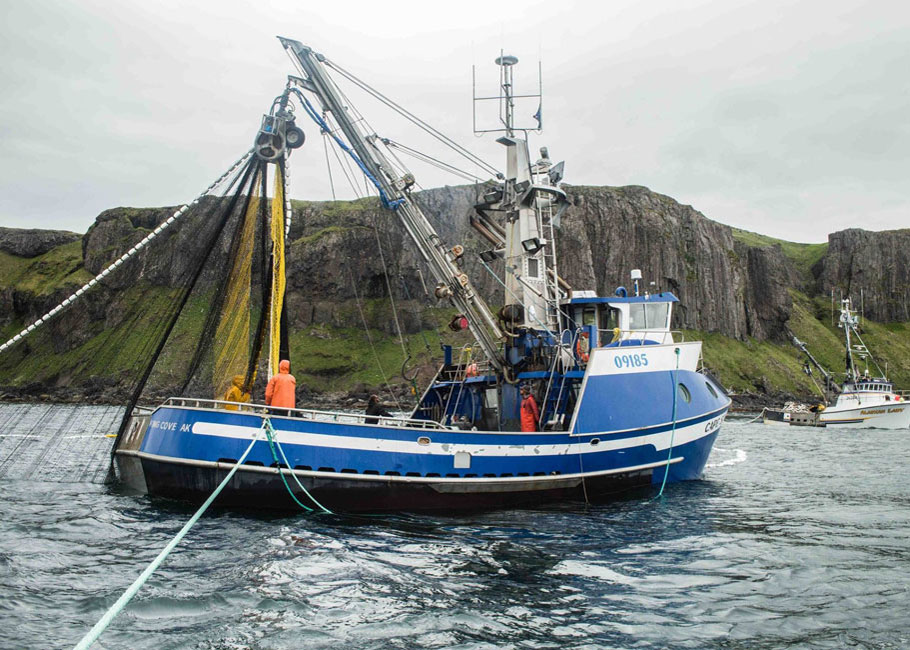 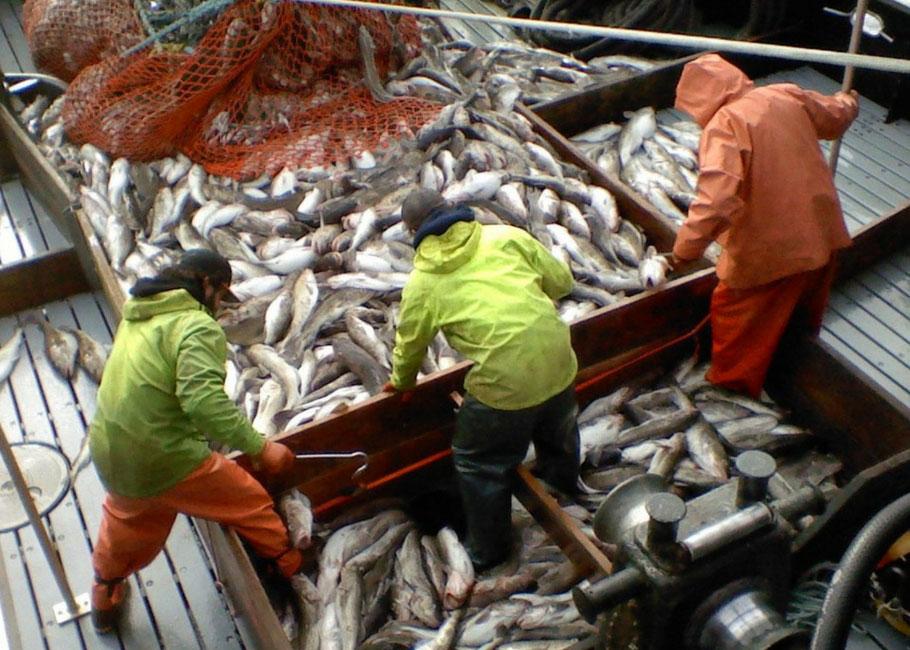 The Cape St Elias is a 58-foot Combination fishing vessel that currently seines for Salmon, trawls for Cod and Pollock, and pot fishes for Crab and Cod.

Built for a different application at the time it was originally 58’ by 17’.  In the spring of 2014 the boat went to J&H Boatworks for a complete sponson increasing the size to 58’ by 26.5’.  We increased the boats main engine to a 525Hp Cummins KTA 19 with a 6:1 twin Disc reduction gear.  Adding a Cat 3304 generator for redundancy in hydraulics and power needs to complement our 4045 John Deere completed the power needs to keep the boat fishing all gear types.

The CSE will carry 3,000 gallons of diesel fuel and 700 gallons of fresh water.  It packs 140,000 pounds below deck in two refrigerated seawater fish holds.  It has a European hull design that has a unique look while offering one of the most comfortable living space of any 58’ vessel in the fleet.  The deck space available makes fishing multiple gear types very practical and safe.

The Cape St Elias will cruise at 8.5 kts while providing the captain and crew a competitive opportunity to target multiple fish species throughout the year. 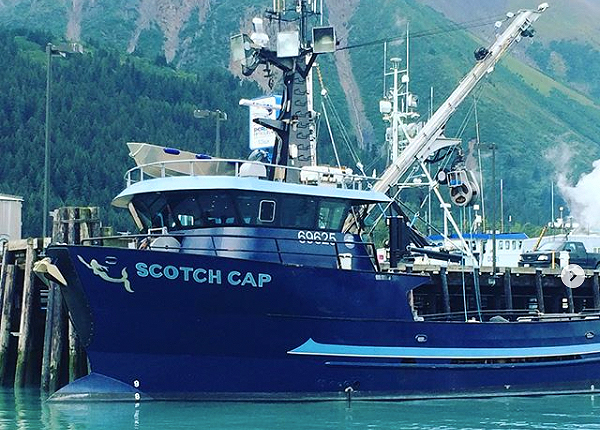 The Scotch Cap is a 58-foot Combination fishing vessel that currently seines for Salmon, Long Lines pots for Black Cod, and pot fishes for Crab and Cod.

This is the most recent boat added to our fleet.  After being purchased in late 2016 we took the boat straight to Bret Snow in Ballard for numerous modification and improvements.  During the spring of 2017 a new top house was engineered and installed along with a bulbous bow and articulating rudder.  A crane was installed on the port side making pot fishing on this large deck very efficient. Along with many engine room improvements the galley and interior were completely remolded making the living and interior working space very comfortable yet functional.

The Scotch Cap will pack 170,000 pounds below deck in two refrigerated seawater fish holds.  While cruising at 9 kts this vessel offers modern improvements that make black cod fishing on the edge productive and pleasant.